\Since retiring as executive editor of The European, Fergus Linnane has written numerous books, including London’s Underworld and The Lives of the English Rakes. 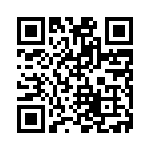