Robert D. Leighninger Jr. has edited the Journal of Sociology and Social Welfare for more than twenty years, and he serves as a project adviser to the California New Deal Legacy Project. He is a sociologist at Arizona State University and the author of Community Assets: The Legacy of the Public Works Administration in Louisiana. 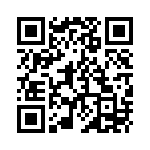