RABIH ABOUCHAKRA Rabih Abouchakra founded the Office of Strategic Affairs at the Abu Dhabi Crown Prince Court in 2009 and is currently OSA's Managing Director, providing socioeconomic thought leadership and strategic advisory. Previously, he was a Partner in the Abu Dhabi office of Booz & Company. Mr. Abouchakra served as the head of Booz's organization and strategy practice in the Middle East, and focused on public administration modernization, policy formulation, large scale transformation, and economic planning. Prior to that Mr. Abouchakra was a Senior Associate Consultant at Bain & Company in Canada and the United Kingdom. Mr. Abouchakra sits on the boards of Al-Qattara Investments, and Al-Ain Club Investment Company. He is also a member of the advisory boards of INSEAD Abu Dhabi and University of Zurich Department of Economics. His publications include "Leading Smart Transformation: A Roadmap for World Class Government" (Palgrave), and "Government for a New Age: The Transformation agenda" (Thinkers50). Mr. Abouchakra holds an MBA from INSEAD, and a Master of Telecommunication Engineering and a Bachelor of Electrical Engineering with Top of Class honors from McGill University in Canada. He was awarded a British Medal of Great Distinction in 1995. MONA HAMMAMI HIJAZI Dr. Hammami is a Director at the Office of Strategic Affairs, Abu Dhabi Crown Prince Court, where she has worked since 2009. Her role includes analysis of social and economic developments globally and locally, and drafting of publications and white papers to influence policy-making. Prior to joining the Crown Prince Court, Mona was a lead associate at Booz & Company as part of the public sector practice team focusing on a wide range of macroeconomic and public policy issues, including large scale transformation, social and labor policies, agriculture policy reform, and structuring PPP projects. She also worked as an economist with the International Monetary Fund and the UN Economic and Social Commission for Western Asia. She is an author of several articles and policy papers including Determinants of Public Private Partnerships, a paper published by the IMF. Mona holds a PhD in Development Studies from the University of Oxford and a Master in Public Administration International Development from Harvard Kennedy school. She is a recipient of both the H.R.H. Princess Banderi Al-Faisal Public Service Fellowship and Sheikh Abdulaziz Al-Tuwaijri International Public Service Fellowship. In 2010, Mona set up her own graduate fellowship fund to sponsor a student into the MPAID program at Harvard Kennedy School. She sits on the board of the Harvard Arab Alumni Association and Path Arabia, is the founding curator of the World Economic Forum Abu Dhabi Global Shapers Hub, and is a member of the Welfare Association. IBRAHIM AL MANNAEE Ibrahim Al Mannaee is a Senior Manager at the Office of Strategic Affairs at the Crown Prince Court, providing timely strategic perspectives, analysis, and recommendations on emerging local and global socioeconomic issues. His portfolio includes a number of strategic projects and initiatives within the organization and beyond. He is also a Board Member and Managing Director of Al Bayt Mitwahid Association, an NGO he established with colleagues from the Crown Prince Court to promote giving back to the community through designing and implementing programs and initiatives that address community needs across the seven Emirates. Ibrahim started his career in the financial market with the Abu Dhabi Securities Exchange and was part of the team that set up the regulatory infrastructure to govern the markets. Within this capacity he oversaw trading, including identifying and reporting suspected insider trading, market manipulation and any form of market abuse. Ibrahim holds a Bachelor of Economics from the American University of Sharjah and was amongst the first Nationals to graduate with an economics degree from the American University of Sharjah i 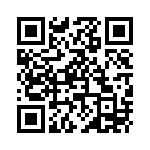