Lord Acton's statement that "power tends to corrupt, and absolute power corrupts absolutely" is probably better known than he is. In this well-researched and coherently written biography, Hill, a ... Vollstõndige Rezension lesen

Roland Hill, a retired journalist, has written widely about Lord Acton since first being introduced to his writings in the 1950s. 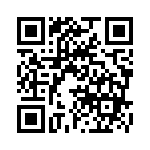