Page 429 - While he from forth the closet brought a heap Of candied apple, quince, and plum, and gourd, With jellies soother than the creamy curd, And lucent syrops, tinct with cinnamon, Manna and dates, in argosy transferr'd From Fez, and spiced dainties, every one, From silken Samarcand to cedar'd Lebanon.
Appears in 747 books from 1817-2008
Page 435 - Ode to a Nightingale MY heart aches, and a drowsy numbness pains My sense, as though of hemlock I had drunk, Or emptied some dull opiate to the drains One minute past, and Lethe-wards had sunk: 'Tis not through envy of thy happy lot, But being too happy in thy happiness, — That thou, light-winged Dryad of the trees, In some melodious plot Of beechen green, and shadows numberless, Singest of summer in full-throated ease.
Appears in 986 books from 1369-2008
More
Page 364 - Yet now despair itself is mild, Even as the winds and waters are; I could lie down like a tired child, And weep away the life of care Which I have borne and yet must bear...
Appears in 528 books from 1817-2008
Page 428 - Of fruits, and flowers, and bunches of knot-grass, And diamonded with panes of quaint device...
Appears in 516 books from 1820-2008
Page 364 - The City's voice itself is soft like Solitude's. I see the Deep's untrampled floor With green and purple seaweeds strown ; I see the waves upon the shore, Like light dissolved in star-showers, thrown : I sit upon the sands alone, The lightning of the noontide ocean Is flashing round me, and a tone Arises from its measured motion, How sweet ! did any heart now share in my emotion. III. Alas ! I have nor hope nor health, Nor peace within nor calm around...
Appears in 309 books from 1817-2008
Page 340 - The cemetery is an open space among the ruins, covered in winter with violets and daisies. It might make one in love with death, to think that one should be buried in so sweet a place.
Appears in 326 books from 1828-2008
Page 434 - Heard melodies are sweet, but those unheard Are sweeter; therefore, ye soft pipes, play on; Not to the sensual ear, but, more endear'd, Pipe to the spirit ditties of no tone...
Appears in 1090 books from 1819-2008
Page 435 - O for a beaker full of the warm South, Full of the true, the blushful Hippocrene...
Appears in 487 books from 1820-2008
Page 419 - Knowing within myself (he says) the manner in which this Poem has been produced, it is not without a feeling of regret that I make it public.— What manner I mean, will be quite clear to the reader, who must soon perceive great inexperience, immaturity, and every error denoting a feverish attempt, rather than a deed accomplished.'— Preface, p.
Appears in 151 books from 1818-2008
Page 437 - Forlorn ! the very word is like a bell To toll me back from thee to my sole self ! J Adieu ! the fancy cannot cheat so well As she is famed to do, deceiving elf.
Appears in 440 books from 1820-2008
Less

Leigh Hunt was so prolific that, if his writing were ever collected, it would exceed 100 volumes of mostly unmemorable prose. He was so eccentric and socially visible that even Dickens's caricature of Hunt as the perennially cheerful Harold Skimpole in Bleak House is immediately recognizable. But his philosophy of cheer, however eccentric among such doleful writers of his generation as Coleridge and Byron, appealed to middle-class public taste, which accounts for his immense following. Educated, like Coleridge and Lamb, at Christ's Hospital, Hunt became a journalist, helping his brother John edit the weekly Examiner. As a result of the paper's liberal policy, they were both fined and imprisoned for two years for writing a libelous description of the Prince Regent on his birthday. Hunt turned his prison cell into a salon and enjoyed visits from Jeremy Bentham, Byron, Keats, Lamb, and Hazlitt. After his release, Hunt settled in Hampstead, London, a political martyr and a model of domesticity. His writing includes The Feast of the Poets (1814), a satire of contemporary writers; The Story of Rimini (1816), a saccharine Italianate romance; and Hero and Leander (1819). Young poets such as Keats found the sensual surfaces easy to imitate. But mostly Hunt wrote essays and edited dozens of short-lived magazines and journals, providing an insight into the literary life of London during this period. 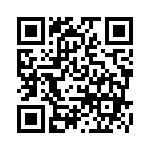