Review: Lord of the Flies

A dark book displaying man's inherent evil. My favourite part? The ending - last page - the moment they've let go of all inhibitions and are then "saved", but are they really? Read full review

Review: Lord of the Flies

Again, i had to read this book for school. At first i wasn't a whole lot into the book, with Ralph and Piggy being more of a sense predictable, but as the book went closer and closer to the end i ... Read full review

Born in Cornwall, England, in 1911 and educated at Oxford University, William Gerald Golding's first book, Poems, was published in 1935. Following a stint in the Royal Navy and other diversions during and after World War II, Golding wrote Lord of the Flies while teaching school. This was the first of several novels including Pincher Martin, Free Fall, and The Inheritors and a play, The Brass Butterfly, which led to his being awarded the Nobel Prize for Literature in 1983. 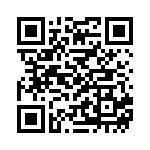