Probably my favorite novel: a classic look at good versus evil and the inherent faculty for savagery that lies latently inside all human beings. Cynical and yet profound in tone, Golding attacks the ... Read full review

this book is a masterpiece

Born in Cornwall, England, in 1911 and educated at Oxford University, William Gerald Golding's first book, Poems, was published in 1935. Following a stint in the Royal Navy and other diversions during and after World War II, Golding wrote Lord of the Flies while teaching school. This was the first of several novels including Pincher Martin, Free Fall, and The Inheritors and a play, The Brass Butterfly, which led to his being awarded the Nobel Prize for Literature in 1983. 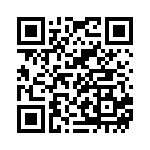