Gary Bridges’ previous novels, The Cuchara Chronicles, Out of Purgatory, The Wahatoya, and The Footprint in the Lake knitted the lives of Steve Curry, his father Lane and other characters into stories of adventure, history, family and Ute Indian culture. Gary and his artist wife, Shawn, divide their time between San Antonio, Texas, where Gary teaches for the University of Texas-San Antonio, and Cuchara, Colorado, where they spend their summers. From 1985 to 2000, Gary and Shawn lived in Cuchara and Pueblo, Colorado, where Gary taught at Colorado State University-Pueblo. Gary was Director of Internal Audit for Valero Energy Corporation. 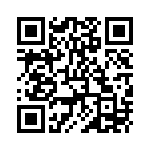