Regina Janes is professor of English at Skidmore College. She is the author of Gabriel Garcia Marquez: Revolutions in Wonderland and One Hundred Years of Solitude: Modes of Reading. 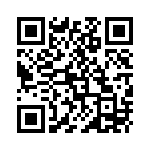