Robert Earle Parry was born in Hartford, Connecticut on June 24, 1949. He received a bachelor's degree in English from Colby College in 1971. He worked briefly for his father's newspaper before joining The Associated Press in 1974. He won the George Polk Award for national reporting in 1984 for his article concerning the Central Intelligence Agency providing an assassination manual to the right-wing insurgents who were seeking to overthrow the socialist government in Nicaragua. He worked at Newsweek from 1987 to 1990 and later worked on documentaries for the PBS series Frontline. In 1995, he established the Consortium for Independent Journalism. He received the I. F. Stone Medal for Journalistic Independence in 2015 and the Martha Gellhorn Prize for Journalism in 2017. He wrote several books including Trick or Treason and Neck Deep: The Disastrous Presidency of George W. Bush. He died from pancreatic cancer on January 27, 2018 at the age of 68. 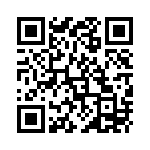