Lost sounds: Blacks and the birth of the recording industry, 1890-1919

While sometimes ever so slightly confusing, the book was a great retrospective of many African-American pioneers of the music industry. Definitely a great book.

Tim Brooks is Executive Vice President of Research at Lifetime Television. He is the author of Little Wonder Records: A History and Discography and other books, as well as past president of the Association for Recorded Sound Collections. Dick Spottswood is a freelance author, broadcaster, and record producer. He is the author of the seven-volume reference work, Ethnic Music on Records. 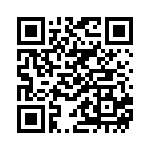