Richard Cavell is a professor in the Department of English and the founding director of the International Canadian Studies Centre at the University of British Columbia. 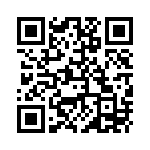