Meghan Nuttall Sayres first traveled to Iran in 2005 to attend the country's first International Children's Book Festival, and returned in 2009 as the first American to weave on Iran's World Peace Carpet, a project sponsored by UNESCO. Both her debut novel, Anahita's Woven Riddle (American Library Association Top Ten Best Books and an Indie Pick 2006/2007) and its companion novel Night Letter, are set in Iran at the turn of the 20th century. Meghan lives in Washington State. 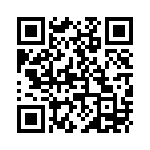