A scientist takes a look at EvoPscyh and evaluates the various claims for behavior dictated by our genes. The author does not deny that at least some of our behavior has a genetic basis, and that we ... Read full review

Anne Innis Dagg has an MA in Genetics and a PhD in Animal Behavior. She is the author of numerous books, including The Camel: Its Ecology, Behavior and Relationship With Man, Moreton Island: Its History and Natural History, and The Feminine Gaze: A Compendium of Non-Fiction Women Authors and Their Books. She is currently Academic Director of Independent Studies at the University of Waterloo in Ontario. 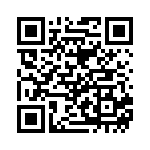