Is this review a poem If I break up the lines? This book Shows us these questions Also shows us Read full review

Oddly one of my favorite books as a kid...Probably because I made my mom read it out-loud (every night!) much to her utter dismay! XD Read full review

Sharon Creech was on born July 29, 1945 in South Euclid, Ohio, a suburb of Cleveland. She was in college when she took literature and writing courses and became intrigued by story-telling. Later, she was a teacher (high school English and writing) in England and in Switzerland. Her novel Walk Two Moons received in 1995 Newbery Medal; The Wanderer was a 2001 Newbery Honor book and Ruby Holler received the 2002 Carnegie Medal. In 2007, Heartbeat was a finalist in the Junior Division (4th to 6th grades) of the Young Reader's Choice Awards, sponsored by the Pacific Northwest Library Association. She has written over 15 fiction novels for young readers. She is married to Lyle Rigg, who is the headmaster of The Pennington School in Pennington, New Jersey, and have two grown children, Rob and Karin. 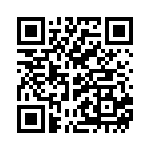