I read this book in two days. It's not great literature, but it's more engaging than some of the more ambitious books I've read lately. Ms. Parker comes across as a likeable Everygirl (even as she ... Read full review

I told my dad that I was reading this book and he said that even by 70's standards Shirley MacLaine was a real crack pot. I was expecting juicy stories and the result was meh. Part of the problem may ... Read full review

Sachi Parker is the only child of actress Shirley MacLaine and producer Steve Parker. An accomplished actress herself, Sachi has appeared in theater and films throughout the world. These appearances include Stick, directed by Burt Reynolds, Back to the Future, About Last Night, Peggy Sue Got Married, Riders to the Sea, and Scrooged, and TV shows such as Star Trek: the Next Generation and Equal Justice. Her theater work includes Ladies in Waiting, Pastorale, and The Lulu Plays, which she won a Daramalogue Best Actress award. Parker recently collaborated with co-author Frederick Stroppel (A Brooklyn State of Mind) on a one-woman show about her life, also titled Lucky Me. 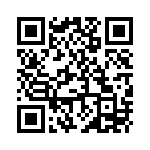