James E. Lukaszewski , ABC, APR, Fellow PRSA, is a globally recognized master practitioner of the modern discipline of crisis communication, a field he helped pioneer and continues to shape. Lukaszewski was recently named among the Top 100 Thought Leaders in Trustworthy Business Behavior for 2013 by Trust Across America. He is profiled in Living Legends of American Public Relations; listed in Corporate Legal Times as one of "28 Experts to Call When All Hell Breaks Loose"; and cited in PR Week as one of 22 "crunch-time counselors who should be on the speed dial in a crisis."

Penn State University invited Lukaszewski to speak as one of three panelists on the topic of "Integrity in Times of Crisis" during its Bronstein Lecture in Ethics and Public Relations in February 2013. In April 2014, he was recognized by the Minnesota Chapter of Public Relations Society of America with the Donald G. Padilla Distinguished Practitioner Award for his role as a PR educator, ethicist, and ambassador.

His latest book, Lukaszewski on Crisis Communication was selected by Soundview Executive Book Summaries as one of "30 Best Business Books of 2013" and was featured as a book summary, author interview, webinar, and video training course.

Lukaszewski is a teacher, thinker, coach, and trusted advisor with the unique ability to help executives look at problems from a variety of sensible, constructive, principled perspectives. He teaches clients how to take highly focused, ethically appropriate action. He has personally counseled, coached, and guided thousands of executives in organizations large and small from many cultures representing government; the military and defense industry; the agriculture, banking, computer, financial, food processing, health care, insurance, paper, real estate development, and telecommunications industries; cooperatives; trade and professional associations; and non-profit agencies.

As a coach to many CEOs, Lukaszewski frequently helps prepare spokespersons for crucial public appearances, local and network news interviews, including 20-20, 60 Minutes, Dateline NBC, and Nightline, and for financial analysts meetings, and legislative and congressional testimony. He also provides personal coaching for executives in trouble, or facing career-defining problems and succession issues.

A prolific author, Lukaszewski has written hundreds of articles and monographs and six books, including the popular Why Should the Boss Listen to You? He is also a lecturer (corporate, college and university); trainer (his popular PRSA and IABC seminars/webinars have been attended by thousands); counselor; and public speaker.He is an editorial board member of most of the important journals and serial publications in the field of Public Relations.

An accredited member of the International Association of Business Communicators (ABC) and the Public Relations Society of America (APR), Lukaszewski is also a member of the PRSA's College of Fellows (Fellow PRSA); Board of Ethics & Professional Standards; a member of ASIS International, where he serves on the Crisis Management and Business Continuity Council. He has lectured annually at the U.S. Marine Corp's East Coast Commander's Media Training Symposium since 1987. Lukaszewski received his BA in 1974 from Metropolitan State University in Minnesota.He is a former deputy commissioner of the Minnesota Department of Economic Development and assistant press secretary to former Minnesota Governor Wendell Anderson. He founded Minnesota-based Media Information Systems Corporation in 1978.

Prior to founding The New York based Lukaszewski Group Inc. in 1989, he was senior vice president and director of Executive Communication Programs for Georgeson & Company and a partner with Chester Burger Company, both in New York City. In 2011, he joined St. Paul-based Risdall Public Relations as president of its Lukaszewski Group Division. Risdall is ranked as the third largest PR firm in Minnesota and 182 out of the top 250 U.S. local firms ranked by the Holmes report. 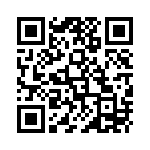