Mr. Robot is one of my favorite shows for it's complexity and layers. I had to buy this book as a birthday present, as I don't want to miss any of the pieces in this "found footage" type of book with ... Read full review

Who knew it was possible for the weirdness and confusion of Mr Robot to be contained in a novel? I spent most of Red Wheelbarrow trying to guess what was happening, what was about to happen, what ... Read full review

Sam Esmail is the creator, executive producer, director, and writer of MR. ROBOT. After graduating NYU's Tisch School of the Arts, Esmail attended AFI's directing program, where he received his MFA. His screenplays include Sequels, Remakes & Adaptions; Norm the Movie; and Comet, which he directed.

Courtney Looney is a writer on MR. ROBOT. She has worked extensively in the film, commercial, music video, and television industries as a writer, director, and producer. 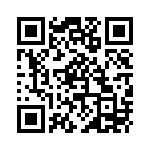