56 other sections not shown

Jerry Bobrow, Ph.D., is an award-winning teacher and educator. As executive director of Bobrow Test Preparation Services, he administers test preparation programs at over 25 California institutions, including 15 California State Universities and the California Teachers Association. Dr. Bobrow has authored over 20 books used nationwide in the field of test preparation. In the last 21 years, he has assisted thousands of students in preparing for graduate, college entrance, and teacher credentialing exams. Stephen Fisher, M. A., is recognized as an outstanding educator, lecturer, and teacher with 30 years of classroom experience. He is the author of 5 test preparation books used nationwide. Since the inception of the MSAT, Mr. Fisher has been developing and testing MSAT preparation materials and teaching MSAT preparation classes for many California State Universities. Mr. Fisher is a principal in the Beverly Hills Unified School District. 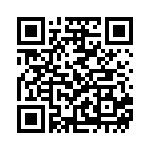