Gisela Bock is Professor of Western European History at the Free University of Berlin. She has published numerous books and articles on the history of women, including studies on gender relations in the modern welfare states, female poverty, women under National Socialism, and the European debates on gender relations.

Allison Brown has been a freelance translator of scholarly books and essays, largely in the fields of history and the social and political sciences, especially women's and cultural studies, since 1988. She has studied linguistics and German studies, and has an M.A. in translation science.

Maurizio Viroli is the author of numerous works in political theory and of a study of Machiavelli's political philosophy. A professor of politics at Princeton University, he lives in Princeton, New Jersey, and Forli, Italy. 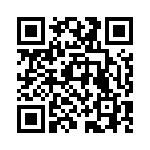