Guido Ruggiero is professor and chair of the Department of History at the University of Miami. He is coeditor and cotranslator of Five Comedies from the Italian Renaissance, also published by Johns Hopkins, and author of several books, including Sex and Gender in Historical Perspective; Binding Passions: Tales of Magic, Marriage, and Power at the End of the Renaissance; and The Boundaries of Eros: Sex, Crime, and Sexuality in Renaissance Venice. 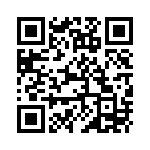