David Pogue is an American technology writer and TV science presenter. He was born in 1963 and grew up in Shaker Heights, Ohio. Pogue graduated summa cum laude from Yale University in 1985, with distinction in music. After graduation, Pogue wrote manuals for music software, worked on Broadway and Off-Broadway productions, and wrote for Macworld Magazine. He wrote Macs for Dummies, which became the best-selling Mac title, as well as other books in the Dummies series. He launched his own series of humorous computer books entitled the Missing Manual series, which includes 120 titles. He spent 13 years as the personal-technology columnist for the New York Times, before leaving to found Yahoo Tech. In addition to how-to manuals, he wrote Pogue's Basics: Essential Tips and Shortcuts (That No One Bothers to Tell You) for Simplifying the Technology in Your Life, collaborated on The World According to Twitter, and co-authored The Weird Wide Web. 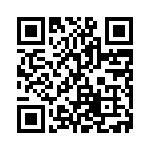