Paula Byrne set out to write this book because she believed that Evelyn Waugh had been consistently misrepresented as a snob and a curmudgeonly misanthropist. I, for one, am very glad that she did ... Read full review

Evelyn Waugh used his entire life and those of his friends as copy for his many novels, so this literary biography that concentrates on his years in Oxford and through World War II is an excellent ... Read full review

Paula Byrne was born in Birkenhead and has a PhD from the University of Liverpool, where she is a Research Fellow in English Literature. Her first book, ‘Jane Austen and the Theatre’, was shortlisted for the Theatre Book Prize. Her second book, ‘Perdita’, was a Richard and Judy bookclub pick. A regular contributor to the ‘Times Literary Supplement’, she lives in Warwickshire with her two young children and her husband, the critic and biographer Jonathan Bate. 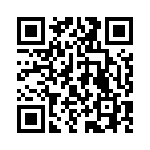