Review: Madoff with the Money

Very good read. I am looking for more about him and what has happened to the rest of his family and the rest of the money. Read full review

Jerry Oppenheimer has written eight biographies of major American icons, from Martha Stewart and Barbara Walters to the Clintons and Kennedys, and has worked in all facets of journalism, from national investigative reporting in Washington, D.C., to producing TV news and documentaries. He's quoted in magazines such as Vanity Fair and is a frequent guest on national TV interview and syndicated magazine shows, including Good Morning America, Entertainment Tonight, Extra, Anderson Cooper 360?, Nancy Grace, BBC News, Fox News, and more. He is also the author of the Wiley title Toy Monster: The Big, Bad World of Mattel. 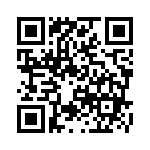