Page 9 - ... need to censure ethnic politics, he lets it be known, playfully, that he hardly seems to know anything about Mexico or Latin America and its literature or other topics he is now being asked, and paid, to write about by credit card companies, lucrative magazines, news shows, and other enterprises that are active agents in the constantly changing nature of the American character. His second memoir can thus be read as a rather coy critique of his first. It remains to be seen if Days of Obligation...
Appears in 3 books from 2001-2007 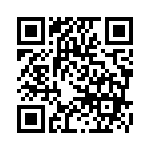