A facinating look at Italy, when they set up their regional governments in the 1970s, and the differences between the north and south and how the institutions fared. Přečíst celou recenzi

Robert D. Putnam is the Peter and Isabel Malkin Professor of Public Policy at Harvard University and founder of the Saguaro Seminar, a program dedicated to fostering civic engagement in America. He is the author or coauthor of ten previous books and is former dean of the John F. Kennedy School of Government. He lives in Cambridge, Massachusetts. 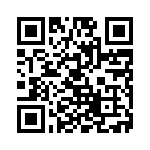