Barry M. Cohen, a board certified art therapist, developed the Diagnostic Drawing Series (DDS), a standardized art assessment in use internationally since 1983.  Co-founder and program director from 1990-1996 of a Washington, DC inpatient trauma treatment program, he received awards from the American Art Therapy Association and the International Society for the Study of Dissociation.  Author/co-author of articles and chapters, Cohen co-authored/co-edited Multiple Personality Disorder from the Inside Out (Sidran Press, 1991), Telling Without Talking: Art as a Window into the World of Multiple Personality (Norton, 1995), and Managing Traumatic Stress through Art (Sidran Press, 1995). Barry created and chaired the Eastern Regional Conference on Trauma and Dissociation from 1989 through 1996. From 1989 through 2007, his event management company produced internationally-recognized antiques and art shows around the country. Executive director since 2008 of Expressive Media, a nonprofit dedicated to promoting the healing power of the arts, Barry founded the annual Expressive Therapies Summit in New York City in 2010, and co-founded a Los Angeles iteration in 2017 with UCLArts & Healing. With Dr. Eliana Gil, he co-founded the Mid-Atlantic Play Therapy Training Institute in 2013. 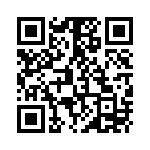