Ken Peak is professor and former chairman of the Department of Criminal Justice, University of Nevada, Reno, where he was named "Teacher of the Year" by the university''s Honor Society. He entered municipal policing in Kansas in 1970 and subsequently held positions as a nine-county criminal justice planner in Kansas; director of a four-state Technical Assistance Institute for the Law Enforcement Assistance Administration; director of university police at Pittsburg State University (Kansas); acting director of public safety, University of Nevada, Reno; and assistant professor of criminal justice at Wichita State University.

He has published 33 textbooks (on general and community policing, criminal justice administration, police supervision and management, and women in law enforcement), two historical books (on Kansas temperance and bootlegging), and more than 60 additional journal articles and invited book chapters. He served as chairman of the Police Section of the Academy of Criminal Justice Sciences and president of the Western and Pacific Association of Criminal Justice Educators. He received two gubernatorial appointments to statewide criminal justice committees while residing in Kansas and holds a doctorate from the University of Kansas.

Larry K. Gaines currently is a professor and chair of the Criminal Justice Department at California State University at San Bernardino. He received his doctorate in criminal justice from Sam Houston State University. He has police experience with the Kentucky State Police and the Lexington, Kentucky, Police Department. Additionally, he served as the executive director of the Kentucky Association of Chiefs of Police for 14 years. Dr. Gaines is also a past president of the Academy of Criminal Justice Sciences. His research centers on policing and drugs.

In addition to numerous articles, he has coauthored books in the field: Police Operations; Police Administration; Managing the Police Organization; Community Policing: A Contemporary Perspective; Policing Perspectives: An Anthology; Policing in America; Drugs, Crime, and Justice; Criminal Justice in Action; and Readings in White Collar Crime. His current research agenda involves the evaluation of police tactics in terms of their effectiveness in reducing problems and fitting within the community policing paradigm. He is also researching the issue of racial profiling in various California cities.

Ronald W. Glensor is an assistant chief (retired) of the Reno, Nevada, Police Department (RPD). He has accumulated more than 36 years of police experience and commanded the department''s patrol, administration and detective divisions. In addition to being actively involved in RPD''s implementation of community-oriented policing and problem-solving since 1987, he has provided such training to thousands of officers, elected officials and community members representing jurisdictions throughout the US as well as Canada, Australia, and the UK. He is also a judge for the Herman Goldstein International Problem Oriented Policing Awards held annually throughout the nation.

Dr. Glensor was the 1997 recipient of the prestigious Gary P. Hayes Award, conferred by the Police Executive Research Forum, recognizing his contributions and leadership in the policing field. Internationally, he is a frequently featured speaker on a variety of policing issues. He served a six-month fellowship as problem-oriented policing coordinator with the Police Executive Research Forum in Washington, DC, and received an Atlantic Fellowship in public policy, studying repeat victimization at the Home Office in London.

He is coauthor of Police Supervision and Management in an Era of Community Policing, 3rd Edition, and was coeditor of Policing Communities: Understanding Crime and Solving Problems. Dr. Glensor has also published in several journals and trade magazines, is an adjunct professor at the University of Nevada, Reno, and instructs at area police academies and criminal justice programs. He holds a doctorate in political science and a Master of Public Administration from the University of Nevada, Reno. 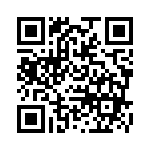