"Manning" by Archie and Peyton Manning was about a football family dynasty. Archie was a quarterback for the New Orleans Saints back in the 70s and early 80s, and while he was a good player the Saints ... Read full review

An interesting look at the world of Manning in the NFL when it was only Archie and Peyton - Eli was still at Ole Miss when this was published. It was a very interesting look into the family, the ... Read full review

Page 347 - ... how I didn't become a bisexual. It wasn't because I couldn't make up my mind, it wasn't because I have an overactive libido, and it wasn't because it was a hip thing to do in the glitter rock seventies. It did have to do with everything else in the universe, or perhaps nothing. When I was thirteen I made a list of all the things I wanted to do in my life. Two of the top items were someday having a girlfriend and someday having a boyfriend. I wrote romantic stories about meeting serious young...
Appears in 9 books from 1951-2007
Page 12 - There are also those — whom I shall call dental fundamentalists — who look upon the traditional private practice system not as a means to an end, but an end in itself, and to change it so much as a jot or a tittle is to call down the wrath of nature and nature's god. I would suggest that these individuals note that the basic obligation of the dental profession is not to defend a system without regard to its purpose, but to demonstrate the ability of that system to...
Appears in 8 books from 1974-2001
More
Page 175 - If I knew then what I know now, I think I would have had them do the surgery to put longer tubes in his ears.
Appears in 5 books from 1979-2007
Page 184 - I approach life on an order of four: first my faith, then my family, my education, and my athletics.
Appears in 2 books from 2001
Page 121 - I didn't respond to the charge when it surfaced because I didn't want to make a big deal out of it and ruin my special day, but it bothered me, all right.
Appears in 3 books from 2001-2007
Page 143 - I don't think it had anything to do with Bum disliking me. I think he just had a quick-fix agenda, and didn't have a lot of patience at that stage of his career.
Appears in 2 books from 2001-2004
Page 329 - If I have a point to make, I make it. But I don't tell him out of nowhere what I had for dinner last night at St.
Appears in 2 books from 1975-2001
Page 106 - I'd met and talked with him a number of times over the years, and he said afterward that a big reason he took the job was me.
Appears in 2 books from 1973-2001
Less

Archie Manning is currently a spokesman and consultant for a number of major companies. He lives with his wife, Olivia, in New Orleans, Louisiana.

John Underwood has written eight books, including The Death of an American Game and Spoiled Sport. Two were bestsellers: My Turn At Bat, with Ted Williams, and Bear, with Bear Bryant. Underwood has been an award-winning staffer at the Miami Herald and Sports Illustrated, and has written for Life, Reader's Digest, and The New York Times. The father of six, Underwood makes his home in Miami, Florida, with his wife, Donna, and two of their children. 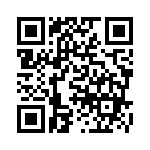