Book is guilty of cherry picking and bias of which it accuses the media. It's a legitimate concern but the treatment is hardly objective and there many more forces that shape the media than government and wealthy people. Maybe the book was slightly more correct when it was originally published. Read full review

Noam Chomsky is quite possibly the most intelligent man alive (this is being written after Stephen Hawking's death and noting that there are probably more intelligent women around but the media ... Read full review

Edward S. Herman is Professor of Finance at the Wharton School of the University of Pennsylvania. Among his books are Corporate Control, Corporate Power; The Real Terror Network: Terrorism in Fact and Propaganda; Demonstration Elections: U. S.-Staged Elections in the Dominican Republic, Vietnam and El Salvador (with Frank Brodhead) and The Rise and Fall of the Bulgarian Connection (with Frank Brodhead). Noam Chomsky is Institute Professor in the Department of Linguistics and Philosophy at the Massachusetts Institute of Technology, Boston. A member of the American Academy of Science, he has published widely in both linguistics and current affairs. His previous books include At War with Asia, Towards a New Cold War, Fateful Triangle: The U. S., Israel and the Palestinians, Necessary Illusions, Hegemony or Survival, Deterring Democracy and Failed States: The Abuse of Power and the Assault on Democracy. 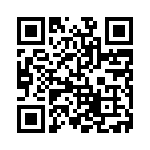