ĀJasser Auda is the Founding Director of Al-Maqasid Research Centre in the Philosophy of Islamic Law, a project of Al-Furqan Foundation, London, U.K. He has a multi-disciplinary academic background and has written two Ph.D. theses on Islamic Philosophy of Law and and Systems Analysis and Design, in the University of Wales, UK, and the University of Waterloo, Canada, respectively. Dr. Auda is a Visiting Lecturer to a number of academic institutes in Canada, UK, Egypt, and India. (2008). 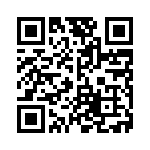