This Book is a treasure and pleasure to read. It has a special place in my life as I studied with two students of Tabuteau, Harry Schulman and Earnest Harrison and played for John de Lancie as a participent in one of his three master classes at Ball State Univesity and will always be thankful for the passion for Tabuteau these great men had for the principles that he taught. I had the privilege of attending the last Curtis Oboe festival to France in 2001 Laila storch was there as well as my teacher Earnest Harrison and John de Lancie. As my teacher told me and I am of the same opinion Tabuteau profoundly influenced how insrumental music should be performed more that any other artist of his time.

Laila Storch is Professor Emerita of Oboe at the University of Washington School of Music. 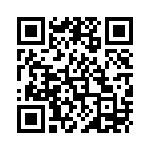