Born in Rome, in 121, Marcus Aurelius was one of the most respected emperors in Roman history. When he was 17, Aurelius was adopted by emperor Antonius Pius and succeeded him in A.D. 161. He ruled jointly with his adoptive brother, Lucius Verus, until 169, when he became sole emperor after Verus died. Although Aurelius was a humanitarian ruler, he accepted the view that Christians were the enemies of Rome. Aurelius was dovoted to the Stoic philosophy. Meditations, his spiritual reflections, is considered a classic work of stoicism. Written in Greek, the work comprises of twelve books and records his innermost thoughts. Meditations is his only surviving work. Aurelius died in 180 while prosecuting war against the Marcomanni who lived along the northern limits of the Roman Empire. After his death Aurelius was idealized as the perfect emperor whose reign contrasted sharply with the disastrous period before him and the reigns that followed. 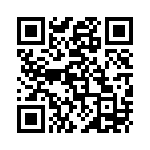