A very good biography of astronomer Maria Mitchell; my only quibble with it is that it gets rather repetitive at various points, something that could have been edited away very easily. That aside, Mitchell's biography more than makes up for any minor editorial infelicities. Read full review

A biography of a little known female astronomer who was widely known in her day. Why we hear so little about these women is actually a topic taken up in this work. The author discusses the change in ... Read full review

Renťe Bergland teaches English and Gender/Cultural Studies at Simmons College and holds a research appointment in Women's and Gender Studies at Harvard. President of the New England American Studies Association and a former Fulbright scholar, she received a "We the People" grant from the NEH for her work on Maria Mitchell. She is author of The National Uncanny: Indian Ghosts and American Subjects, and co-editor (with Gary Williams) of Philosophies of Sex: Critical Essays on the Hermaphrodite. She has also written for the Boston Globe, L.A. Times, and Washington Post. 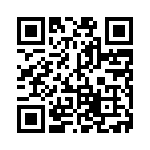