This posthumous 1964 title by the UN general secretary and Nobel Peace Prize winner makes no reference at all to his noted career. Instead, it is a diary of sorts of his personal creed, poems, and ... Läs hela recensionen

There is always something new to find in this book. Läs hela recensionen

Dag Hammarskjold was born in Jonkoping, Sweden, in 1905, and died near Ndola, Northern Rhodesia, on September 18, 1961, in an air crash while flying there to negotiate a cease-fire between United Nations and Katanga forces.

The son of the Swedish prime minister during World War I, Hammarskjold studied law and economics at the universities of Uppsala and Stockholm. He quickly gained prominence in his own country as secretary and then chairman of the board of governors of the Bank of Sweden; he was undersecretary of the Swedish department of finance from 1936 to 1945. In 1946 he entered the foreign ministry as financial adviser and became chief Swedish delegate to the OEEC in 1948. In 1951 he was the vice chairman of the Swedish delegation to the United Nations, in 1952 he was chairman, and in 1953 he was elected Sec 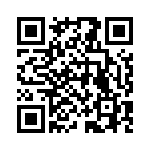