This book set is very informational. Good read for the guitar enthusiast. For luthiers like me its a great reference to recreate some of Martins greatest attributes. At this price its a great value. I highly recomend this book set! Read full review

Richard Johnston is Professor of Political Science at the University of British Columbia.

An employee since 1976, Dick Boak has held many positions at C.F. Martin & Co. During his time with the company, he initiated their highly visible signature edition guitar program that has produced artist models for more than 100 legendary musicians, including Eric Clapton, Paul Simon, Jimmy Buffett, Tom Petty, Steve Miller, Joan Baez, Johnny Cash, Willie Nelson, John Mayer, and Sting. Dick currently manages the company's museum and archives. C.F. Martin IV is the chairman and majority shareholder of C.F. Martin & Co. and the sixth generation of the Martin family to run the business. Under his leadership, the company maintains its integrity while growing and prospering to unprecedented new heights. 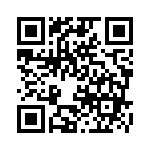