This book was a big nostalgic trip for me, as I grew up in the same generation as both subjects, and was familiar with most of the games and topics that are discussed. The book is profane (uses quite ... Read full review

Fast, energetic, full of attitude; yet the speed, energy, and 'tude are wholly those of the subjects at hand, John Romero and John Cormack, as they go from nobodies to the biggest rock stars of the PC ... Read full review

DAVID KUSHNER has written for numerous publications, including Rolling Stone, The New York Times, Wired, New York, Worth, Electronic Gaming Monthly, The Village Voice, Details, Mondo 2000, and Salon. He is the digital-music columnist for Rolling Stone online, and a contributing editor for Spin and IEEE Spectrum. He has also worked as a senior producer and writer for the music website SonicNet. He received a B.A. from the University of Maryland, College Park, and a master’s in creative writing from City University of New York. He can be reached at www.davidkushner.com. 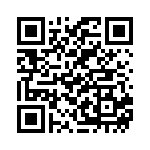