John Patrick Diggins: April 1, 1935 - January 28, 2009 John Patrick Diggins was born in San Francisco on April 1, 1935. He was a professor of history at the City University of New York Graduate Center, the author of more than a dozen books on widely varied subjects in American intellectual history. He received a bachelor's degree from the University of California, Berkeley in 1957, a master's degree at San Francisco State College, and a doctorate at the University of Southern California in 1964. Before accepting a job at the Graduate Center of the City University of New York in 1990, he taught intellectual history at San Francisco State College and the University of California, Irvine. Diggins wrote numerous books during his lifetime including Mussolini and Fascism (1972), On Hallowed Ground (2000), Eugene O'Neill's America: Desire under Democracy (2007), and Ronald Reagan: Fate, Freedom and the Making of History (2007). He died due to complications of colon cancer on January 28, 2009 at the age of 73. 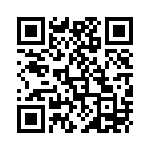