CHRIS HILICKI is founder and Vice Chair of Dalmatian Press, one of the most successful children's book companies in the United States. Formerly a scientist and now a publishing leader, she regularly speaks before industry leaders, live television audiences, and large conventions. Chris has been interviewed for Forbes, Inc., the Wall Street Journal, Southern Living, and Publishers Weekly. She has appeared on television shows as a featured guest and as a regular reporter with expertise on building brands based on the truth and true stories. Visit www.chrishilicki.com. 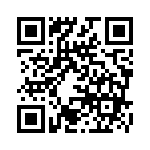