#MeToo:Essays About How and Why This Happened, What It Means and How To Make Sure It Never Happens Again. by Lori Perkins 2017 Riverdale Avenue Books 4.5 / 5 It's 2019. It's hard to believe #MeToo, a ... Read full review

Lori Perkins is a published author, book editor and literary agent with three decades experience in publishing newspapers and books. She was the owner and publisher of the Uptown Weekly News in Manhattan’s Washington Heights and Inwood in the 80’s, as well as an adjunct professor of journalism at NYU. She has written or edited 30 books, 25 of which have been erotic romance anthologies. She was the editor of the very first zombie romance anthology, Hungry for Your Love, and the editor of the nonfiction collection of essays 50 Writers on 50 Shades of Grey, as well as 1984 in the 21st Century and is the co-author of Everything You Always Wanted to Know About Watergate (But Were Afraid to Ask). She is the founder of the L. Perkins Agency, an established New York literary agency with numerous books on the New York Times bestseller list, as well as the Publisher of Riverdale Avenue Books, an award-winning hybrid publisher. She is currently working on a series of naughty historicals with USA Today bestselling author
Jamie Schmidt under the nom de plume Lorna James.  You can follow her on Twitter at @LoriPerkinsRAB. 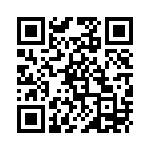