Teresa Miller founded the Oklahoma Center for Poets and Writers, based at Oklahoma State University - Tulsa, where she teaches advanced fiction. 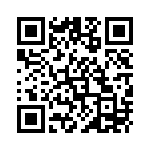