Vern Bengtson is the AARP/University Chair in Gerontology and Professor of Sociology at the University of Southern California. He has published 15 books and over 220 articles in gerontology, the sociology of the life course, family sociology, social psychology, and ethnicity and aging. He was elected President of the Gerontological Society of America and has been granted a MERIT award from the National Institute on Aging for his 35-year Longitudinal Study of Generations. Bengtson’s honors include (twice) the Reuben Hill Award from the National Council of Family Relations (1980 and 1986); the Distinguished Scholar Award from the American Sociological Association’s section on aging (1995); the Robert W. Kleemeier Award from the Gerontological Society of America (1996); and the Ernest W. Burgess Award from the National Council on Family Relations (1998). In addition he has received several awards for teaching, which has provided his greatest satisfaction throughout his career. 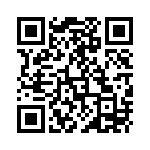