Gary Small
Gary Small, M.D. is the director of the UCLA Memory and Aging Research Center. For his work in the prevention of Alzheimer's disease and brain aging, Scientific American magazine named him "one of the world's top 50 innovators in science and technology." His work has been featured in the New York Times, Wall Street Journal, Los Angeles Times, Washington Post, Time, Newsweek, and USA Today. Gary Small is the author of The Memory Bible.
Gregg Braden
Gregg Braden is a New York Times bestselling author and internationally renowned as a pioneer in bridging science and spirituality. For more than two decades, he has immersed himself in researching global spiritual wisdom and ancient texts. He has appeared on the History Channel, the Discovery Channel, the SyFy Channel, and NBC, and his published works include The Isaiah Effect, The Divine Matrix, The Spontaneous Healing of Belief, and Fractal Time. Gregg’s work is now published in 17 languages and 33 countries and shows us beyond any reasonable doubt that the key to our future lies in the wisdom of our past. He lives in New Mexico.


Bruce H. Lipton
Bruce H. Lipton, PhD, is an internationally recognized cellular biologist who taught cell biology at the University of Wisconsin School of Medicine and later performed pioneering studies at Stanford University's School of Medicine. His breakthrough research on the cell membrane in 1977 made him a pioneer in the new science of epigenetics. He is author of The Biology of Belief and a sought-after keynote speaker and workshop presenter, and has appeared on radio and television.


Lynne McTaggart
Lynne McTaggart is an award-winning journalist and author of The Field and The Intention Experiment. As co-director of Conatus Plc. she is founder and editor (with her husband, publisher Bryan Hubbard) of some of the leading health newsletters in the UK and US wddty.com). Lynne is also the founder of "Living the Field," a master class that applies the ideas from The Field to everyday life. She regularly hosts international conferences on the science of spirituality (livingthefield.com). As a result of her Field work, she has created a global laboratory to test the power of group intention (theintentionexperiment.com). 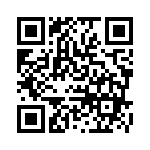