An inspired look at how ideas are disseminated by the media and at how new concepts can be injected into the mainstream, altering views about critical social issues. The ``datasphere,'' says culture ... Read full review

In our "datasphere" world, we are exposed to information about events like the O.J. Simpson case in myriad formats from newspapers, television tabloids, and talk shows to the Internet. This media ... Read full review

Douglas Rushkoff was born on February 18, 1961. After graduating from Princeton University he received an MFA in Directing from California Institute of the Arts. He has written numerous magazine columns on topics including cyberculture and has been aired on CBS Sunday Morning and NPR's All Things Considered and published in The New York Times and Time magazine. Rushkoff has taught at the MaybeLogic Academy, NYU's Interactive Telecommunications Program, and the Esalen Institute, and he teaches media studies at the New School University. Rushkoff lectures around the world about media, art, society, and change at conferences and universities. He consults to museums, governments, synagogues, churches, universities, and companies on new media arts and ethics. Rushkoff won the first Neil Postman award for Career Achievement in Public Intellectual Activity. He is on the Boards of the Media Ecology Association, The Center for Cognitive Liberty and Ethics, Technorealism, The National Association for Media Literacy Education, MeetUp.com, and Hyperwords. His bestselling books include graphic novels, Cyberia, Media Virus, Playing the Future, Nothing Sacred: The Truth about Judaism, Get Back in the Box: Innovation from the Inside Out, Coercion, and Life Inc. 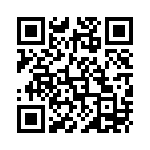