GWENYTH L. JACKAWAY is an Assistant Professor of Communications at Fordham University, New York, where she teaches courses in media history, mass culture, and research methods. 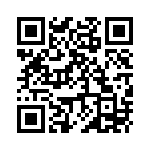