MEDIEVAL CITIES: Their Origins and the Revival of Trade, by Henri Pirenne and translated by Frank D. Halsey, is probably the toughest 167 page book I’ve ever tried to read. This classic of Medieval ... Read full review

Belgian-born historian Henry Pirenne spent most of his professional life as professor of history at the University of Ghent. During World War I, he was a leader of Belgian passive resistance and spent several years as a hostage of the Germans. As a historian Pirenne centered his attention on the urban development of the Low Countries during the medieval period. In Medieval Cities, published in 1925, he argues that medieval urban development grew out of regional fortresses. With the economic revival beginning in the tenth century, city and town life expanded. These communities created their own laws, allowing the development of individual freedoms. Pirenne is best remembered, however, for the "Pirenne thesis" about the foundations of European civilization, which he put forth in his 1937 work Mohammed and Charlemagne. The thesis is that the great event that pushed Europeans into the formation of their own civilization was not the collapse of the Roman Empire in the fifth century but the Islamic conquest of much of the Mediterranean. 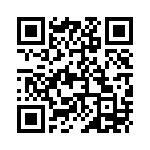