Richard L. Garwin is the Philip D. Reed Senior Fellow for Science and Technology at the Council on Foreign Relations and an adjunct professor of physics at Columbia University. In 1996 he received the Enrico Fermi Award.

Georges Charpak has long worked at the European Center for Particle Physics (CERN) in Geneva. He received the Nobel Prize in 1992. 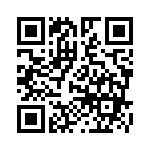