This is an extraordinarily fascinating book, about a pivotal figure in world history. The pure history of it is only mildly interesting, but Mehmet himself was a fascinating character. The unusual ... Leer reseńa completa 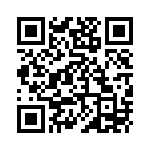