I am a huge fan of most 90s shows including Clarissa Explains It All and Sabrina the Teenage Witch. I thought this would a fun read. There were parts I enjoyed and others I found boring. I liked ... Read full review

I was surprised on how disappointed with Hart's biography. She has achieved a lot, and I will give credit when it's due, but she was very self-congratulatory. It became tiresome very fast. Also, her ... Read full review

MELISSA JOAN HART is an actor/producer/director who made her first national commercial at age four. Melissa currently co-stars in the ABC Family comedy series Melissa & Joey. She made her first big splash in the title role of Nickelodeon's Clarissa Explains It All. . Both in the United States and abroad, Melissa is perhaps best known for her starring role in the Showtime movie-turned-network series, Sabrina, the Teenage Witch. Melissa has appeared on Dancing with the Stars, That 70's Show, and Law and Order: SVU, among others. Her production company, Hartbreak Films, has produced projects including Sabrina, Melissa & Joey, and a number of television movies and feature films. 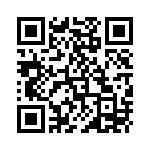