While there is one chapter on ancient mathematicians, the rest of the book is basically a chapter by chapter review of a dozen or so mathematicians, and their work, of the 17th, 18th, and 19th ... Read full review

This is a wonderful book. The only reason I dock it a star is that a few of the accounts (Galois, Cantor) have proven to be inaccurate-to-lurid -- this fact does detract somewhat from its ultimate ... Read full review

Dr. Bell died in December 1960, just before the publication of his latest book, The Last Problem. 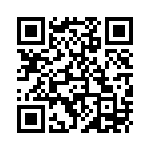